Today was my MRI, and so I was pretty nervous obviously. 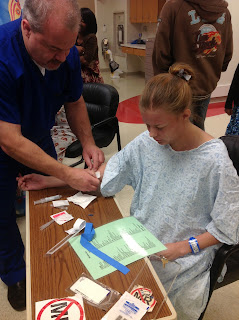 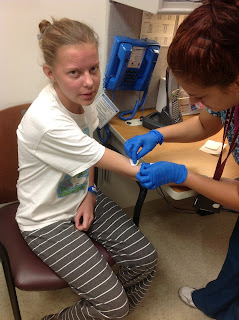 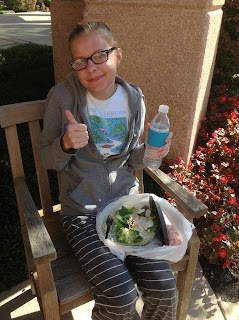 So I had the MRI today because of some headaches I've been getting lately. Therefore they were concerned that maybe I was having inter-cranial pressure from swelling of my tumor, but there isn't, so woohoo! They said it was "better than expected response to the treatment" which is great!
I also noticed today I finally have feeling in my fingertips and my lips again. Which is awesome (obviously!) Tomorrow morning is my last steroid. HALLELUJAH!
Still waiting for blood work on Thursday to know when the Chemo starts again because of toxicity in my liver. Today has been very hard. Very long. But also very exciting because of the news, it's just hard to be excited sometimes when you're nauseated. Oh and the hair situation, I basically have close to less than half my hair left. 8 bald spots (from each beam of radiation there is) around my ears and such. So I don't know what do with it, suggestions?
Anyways,
Thanks so much for the prayers and support. Honestly they are needed, answered, and felt especially today.
Rach
Posted by Rachel Stratton at 5:58 PM