Today is July 20th and it also marks one more day in my calendar of life, and in 20 short days it will be the 9th of August, which also marks my 2 year cancerversary.  Almost two years I was given nine months to live, and I am so incredibly grateful that I'm still here.
So I had my regular appointment back in April (when I wasn't doing very well), and every appointment since has been so good. Every appointment since has been very interesting because not only have I learned that back at my April appointment they were going to put me on hospice, but that they didn't expect me to live for one week. Didn't know I was doing so horribly, did ya?
Really the only reason that I'm still alive is because (what I believe at least), is my faith in God, and the alternative treatment I have been doing since January.
I feel like the luckiest girl alive. I have been so blessed. I literally have 0 symptoms still, and the next MRI that was supposed to be done at the beginning of this month, is now "up to me" if I even want to do one.
Even one of my Dr.'s who was very skeptical about the whole thing, and let's face it, probably very forlorn, has been acting very hopeful lately. She even said at one of my last appointments, "well I do believe in miracles."
Even one of my Memphis Dr.'s was on the phone with my mom and bluntly told her, "Diane, she has a stage 4 brain stem glioma," as if to change her optimism into realism.
Honestly if I had to do it all over again with the knowledge that I have now, I wouldn't do any of this western medicine nonsense. I am definitely not against any of it, and if I wouldn't have had that back surgery I'd be dead, but besides that it never did me any good.
I was on 4 different types of chemotherapy and not one of them worked. (Understanding that every cancer is different but DIPG is an incurable, inoperable and altogether really crappy).  I did three different rounds of radiation (that only shrunk it for a while, making it grow back with a vengeance). I've had three different surgeries, and the worst of it all: was on high doses of dexamethasone for (what felt like forever), but was just over 2 months.

So I guess if I had to take it all back, I wouldn't because I'd be giving up too much, but I wouldn't spend so much time wondering and wishing for something that I didn't know was in God's plan for me.

I helped a stranger with something this week and she told me "You have an incredible brain."
At first I thought to myself "little does she know." But then I realized that everybody, cancer or not, has an incredible brain.
Because of having brain cancer I've realized how wonderful the brain is and how much it does and controls. I think about it all the time. I think about how intricate it is, and how even the smartest people can't understand exactly how it works. And then it brings me to the other thought about the creation, (because obviously you think about those things when someone tells you that you have nine months to live), and I think about believing in a God and how unrealistic that can seem to some people. But when I think about the brain, the thought of having a God is all too believable to me.
What I don't understand is how something as complex as the brain could be explained by a massive collision. I do understand that was probably the creation of the earth, but I don't believe that seriously, with the intricacy of our brains, that there is no God.  I can't believe that because of the things I've been through and the experiences I have had.
I also realize that some people don't believe, and that other people believe in different things and different God's and even multiple God's. And even though I believe completely in my religion, I think that is wonderful. I think that believing in something is incredible. I love believing in something, (someone). I love believing in an idea that is so real to me, and that I've invested great amounts of faith in. I love and respect that other people believe in other things they have invested their faith into. I love having faith and believing in something that makes all of the bad things in my life A LOT less scary. I am grateful that I have such a loving God.

Anyways, I'm going to stop ranting and be done.
But there it is.
((I can do hard things) always implied).
Rach


I still have to have my port flushed once a month. 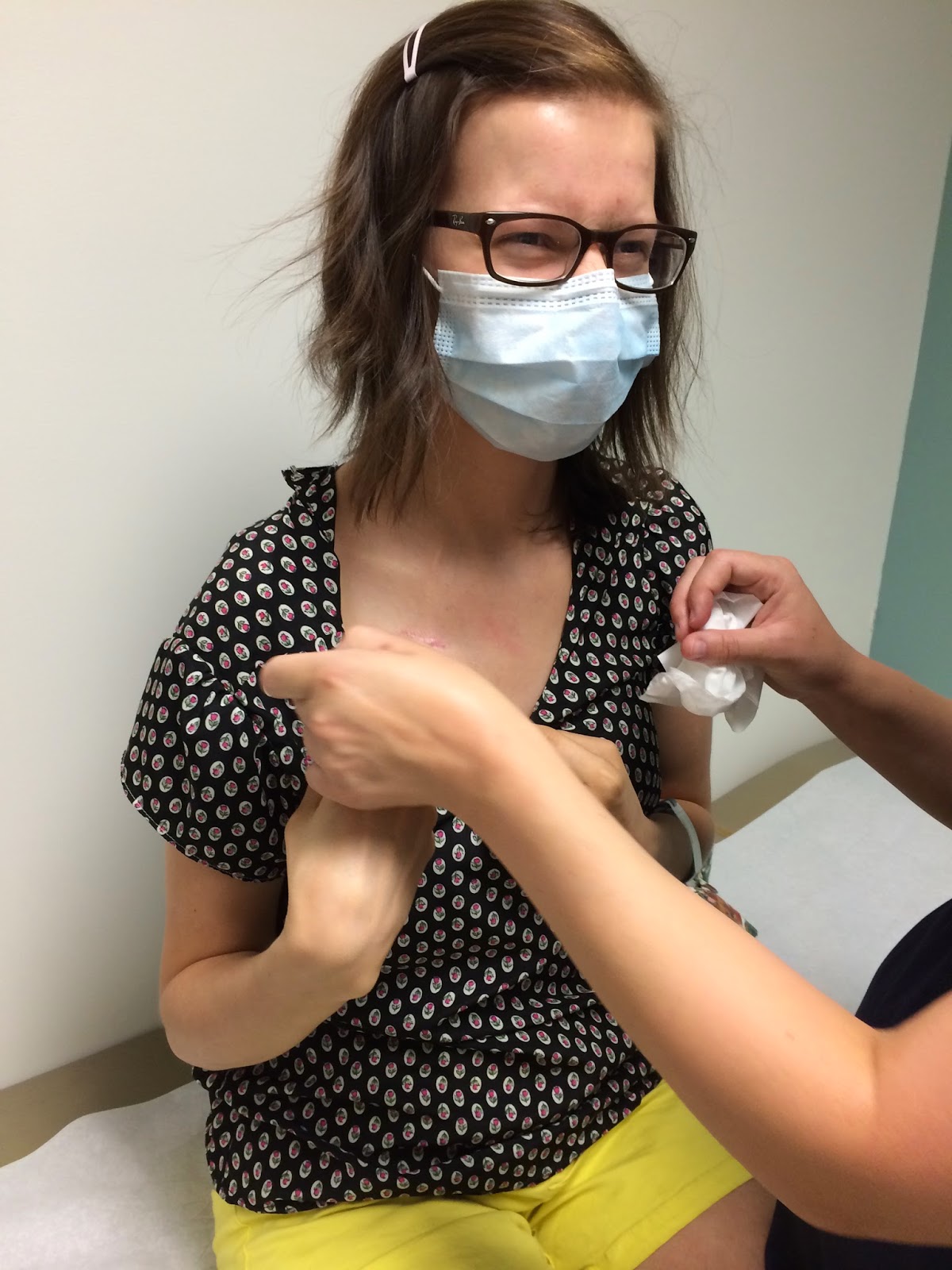 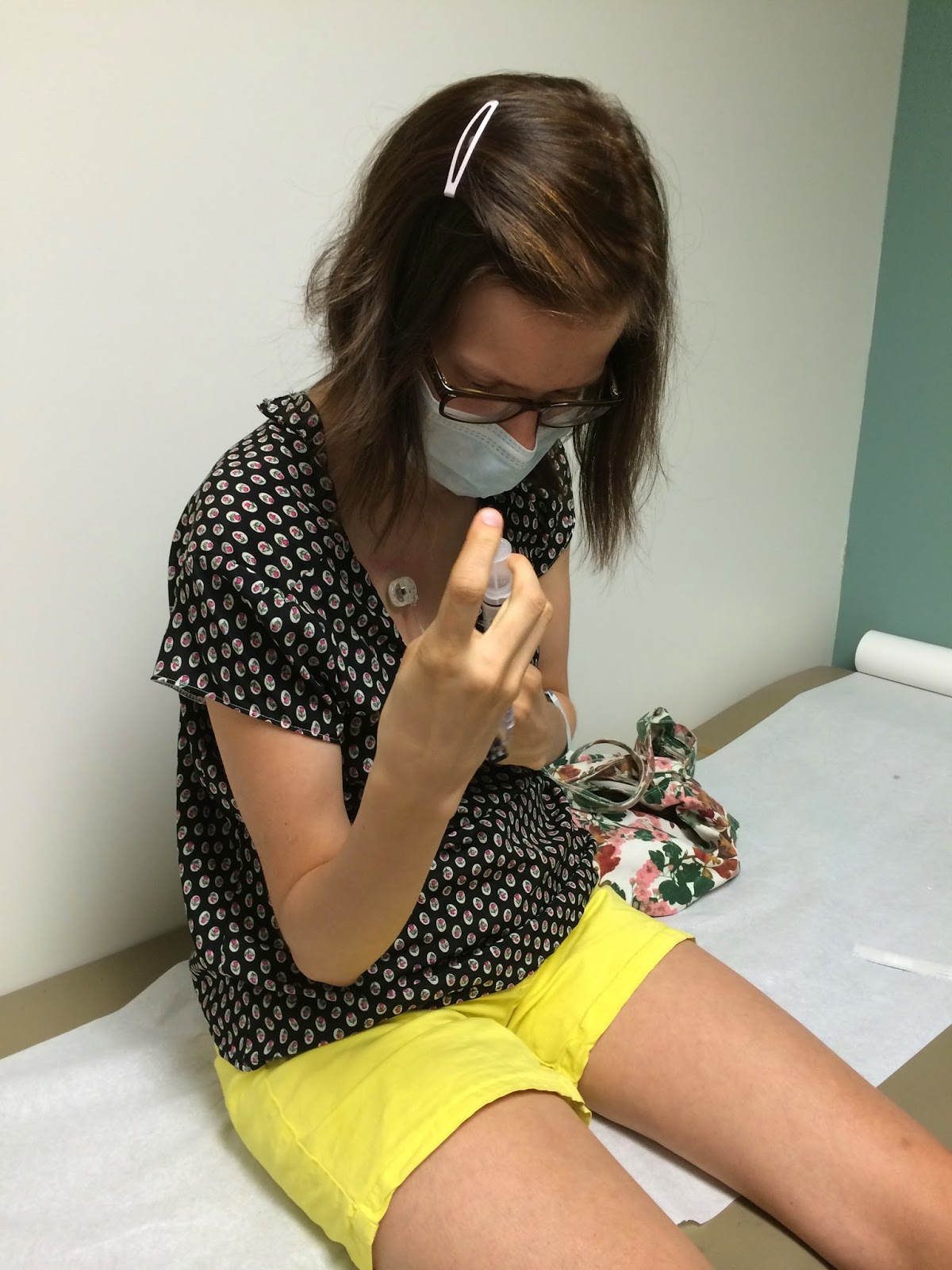 Next to my Dr. 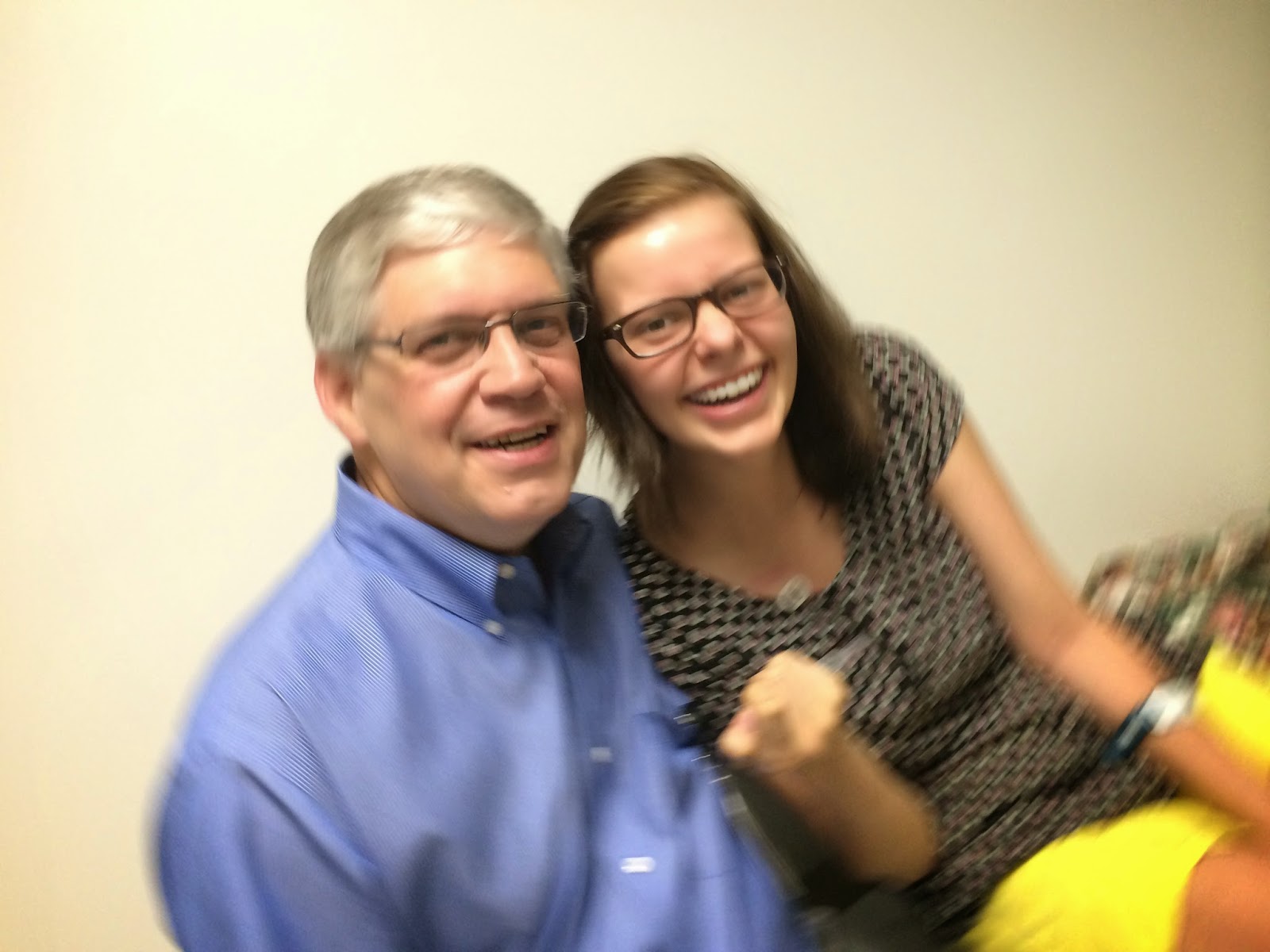