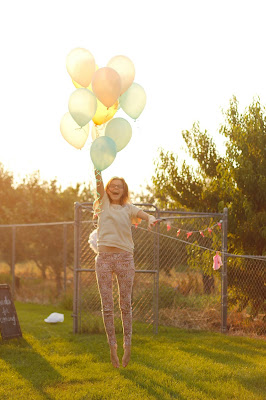 After 20 short years on this earth, Rachel Elyse Stratton returned to her Father in Heaven during the early hours of August 23, 2015. Her battle with cancer was only a small portion of her time with us, but she used that time to inspire people at home and around the world.

“I believe I am my own statistic,” she wrote on her blog, and she set out to prove it was true. In 2012, she was diagnosed with DIPG and given nine months to live. Throughout her trial, she never had a bad attitude. Rather, she found positive in the negative, and constantly looked for new ways to challenge herself and uplift others. Rachel had a deep desire to serve a mission, and although the cancer prevented her from an official call, she came to understand that her blog was her mission.

Through her blog she inspired thousands. She was never afraid to say the hard things, or speak the truth. She refused to give-in. “I do hard things, but I'm not doing them alone. The Lord has blessed me with so many tender mercies through this trial. The medicines and everything may be healing my body but I know it's through Him that we are truly healed.” Rachel’s life was a testament to faith and a wonderful example of perseverance and strength.

After her diagnosis Rachel did not slow down. She not only continued to do the things she loved to do, she focused on improving her talents and learning new skills. Besides returning to school and earning a promotion at work, she was an avid reader and a prolific writer, who pursued numerous hobbies including: sewing, quilting, playing the piano, and watercolors among many other things. With a close friend, she also made a business called Mindless, selling sewn goods to raise money for childhood cancer research. Although her illness presented challenges, Rachel faced them with the same tenacity and high spirits displayed throughout her life, turning challenges into opportunities.

Rachel attended Foothill Elementary, Canyon View Junior High, and graduated from LDS Seminary and Orem High School in 2013, where she was awarded “Most Inspirational Senior”. Rachel loved being outdoors. She ran Varsity track and cross-country for four years, and in 2012, she helped the team win a state championship. Known as “Big Rach” to some, her personality was as big as her love for family and friends.

A viewing will be held the evening of Friday, August 28 from 6 to 8 pm at the Walker Sanderson Funeral Home located at 646 East 800 North, Orem, UT. An additional viewing will be held prior to the Funeral Services on Saturday, August 29th from 9:30 to 10:45 a.m. at the Orem Orchard Stake Center. Funeral services will begin at 11:00 a.m. in the Orem Orchard Stake Center on 600 North 800 East, Orem, UT. In lieu of flowers donations can be made to www.thecurestartsnow.org in Rachel’s name.
Posted by Rachel Stratton at 10:05 PM