So the results came back from the tests they ran on the biopsy, and it turns out the tumor in my back, is the same thing in my brain. That's a bad sign because it means my cancer has metastasized. They were able to get most of it out, but I will still have to start treatment for it, as I've been off of my chemotherapy for nearly 3 weeks. So in about a week I will be starting radiation again, and a new kind of chemotherapy study drug. Hooray! Every 18 year old's dream.


Besides all the turmoil I've been going through (I think I'm too young to use that word), but besides that, I've been hanging out with my friends and family, and really enjoying my summer, as I usually do. I miss my brother who is in Alaska, and my friends that are serving LDS missions, but besides that I live an amazing life, and have been pretty lucky thus far.

Did I mention I had my staples removed! YAY! 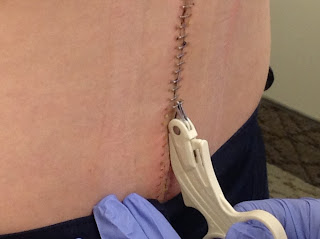 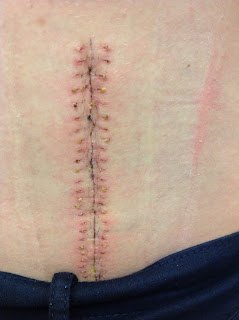 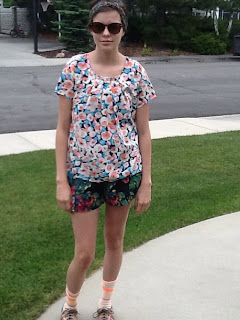 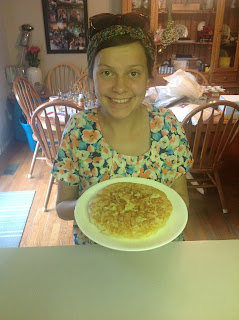 My sisters fiancé, Cody, went on his mission to Spain, and taught me how to make one of my favorite foods ever! Tortilla de Potato. I know I spelled that very incorrectly, but it doesn't exactly phase me to the point that I would actually look up how to spell it.


Water coloring is my newly found hobby, I've been doing it a lot lately, and then putting on some of my favorite quotes, and hanging them up by my bed, because it makes me happy! 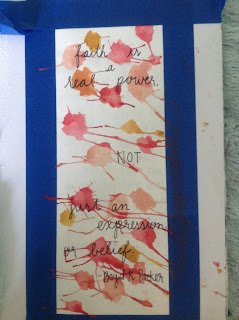 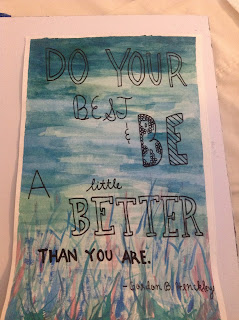 So everyone lately has been asking what my plans are for the future. Even though they have changed a little since I found out about the tumor in my back, they are still, generally the same. I'm going to take some classes via BYU independent study, that will allow me some flexibility, as I'm sure I won't always be feeling up to going to class. I'm also going to be taking an Institute class at UVU, and eventually overall, I'll be working toward my long term goal, that I've always had, to be a physical therapist, while living in the vicinity of my humble abode. Besides there's something about the home that's healing. When I'm sick that's where I want to be, as I'm sure most everyone feels. That's another reason Memphis just sucked the life right out of me!

I'll be meeting with my Radiation Oncologist on Monday, who happens to be only 10 minutes away in Provo, and figuring out the plans for the treatment. I'm no longer a St. Jude Patient, and even though it makes me so sad, i'm also grateful, because being at home right now, is really where I feel I should be, and want to be.

Thank you for your continued prayers, as I could really use them, considering the news we got was fatally discouraging.

Rach
I will do hard things.
Posted by Rachel Stratton at 12:29 PM